Home » Does welding shorten your life?

Perceiving a profession as a welder is not a wise choice. Because welding is dangerous, most individuals avoid it as a professional option. Proper training and workplace safety rules are the two most critical factors in keeping welders safe. Does welding shorten your life? It is one of the frequently asked questions in this regard. However, people choose this option because it pays well. 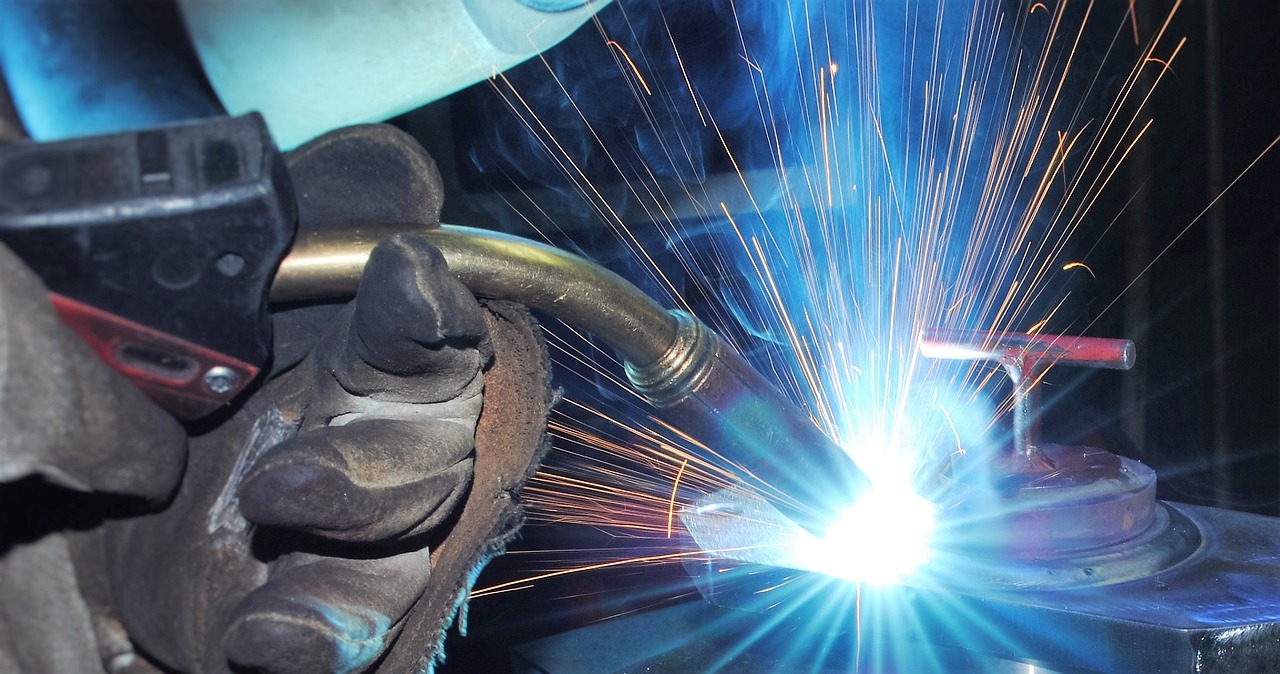 To comprehend the concept of the average life expectancy of a welder, let us first consider what welding is. Welding, in general, is not as straightforward as it seems. There are two types of welding: fusion and pressure. Fusion welding utilizes just heat, and pressure welding uses both heat and pressure. There are three forms of fusion welding: electric arc, gas, and thermit. All these types of welding create visible smoke that comprises hazardous metal fumes and gas by-products. Aluminum, cadmium, barium, led, and chromium is among the metals found in welding gases. Welding frequently releases substances such as argon, nitrogen, carbon dioxide, co2, and anhydrides.

The welding may take place either in the water (wet welding) or even in a dried, pressurized container (dry welding), having steel is perhaps the most often welded material. Dry welding is known as “hyperbaric welding,” however wet welding is referred to as “underwater welding.” Because of tighter control over welding processes and the flexibility to execute pre and post-welding heat treatments, dry welds are often of higher quality than wet welds. However, determining the performance of underwater welds, particularly with wet welding, may be problematic since faults might be hard to detect below the weld’s surface.

Why is welding harmful to health?
Welding is a dangerous profession in and of itself. Anyone who lives near a welding shop is likewise in danger. When breathed in, the hazardous vapors might cause major health problems. Welding is hazardous because of the noxious fumes it releases, the flash burning, shocks, and electric shocks it causes, and the loud noise it makes. It may induce a variety of severe ailments, some of which are fatal. The negative health impacts of welding are mentioned below in this blog. Continue reading to learn more!

Many 60-year-olds lament the fact that they did not safeguard their wellness once they were youthful. Welders are the same way. Several brief health concerns linked to the occupation may be avoided, according to research.  However, the causes and gradual effects of welding are often unseen and are overlooked, at least until welders reach an age when the consequences of their indifference can no longer be overlooked. It turns out that the gases you have been inhaling for years might be causing major health issues. Furthermore, the gases and compounds created while welding may harm all the organs in your body. It has the potential to induce a variety of dangerous illnesses, notably cancer!

Let us just proceed with welding’s immediate impacts. Nausea, headache, breathlessness (or shortness of breath), cough, skin, eye, and nasal inflammation are minor side effects. Asthma, fever, and even dementia might also result! These impacts, however, do not last long. The brief impacts of welding may typically be alleviated by using milk.

It comes out that the gases absorbed throughout the decades may have caused major medical problems. Those sounds that did not show up so loud were very loud, threatening your hearing. The components that didn’t have to be as weighty might cause shoulder difficulties. Knee problems might develop because of frequent reclining. All too frequently, small work-related actions compound and contribute to sickness later in life. The good news is that by pushing yourself must make a few easy modifications to your everyday routine, you may greatly minimize your likelihood of these conditions.

Effects on the Skin

Contact rash may be caused by iron and nickel produced during welding. The flesh of welders is also susceptible to UV rays. The most prevalent skin condition is inflammation, or skin discoloration of such skin, which looks like a sunburned region. For further details, you can also check out this article: Can You Go Blind from Welding?

It is strange but the chemicals you consume might affect your hearing. Several investigations have shown a substantial link between chemical agents and audible damage. Breathing excessive quantities of fumes lowers the amount of oxygen that enters the bloodstream. Auditory neurons get stimulated when the partial pressure of oxygen in their vascular system seems low. The sound produced by welding seems to be the most evident hazard to hearing. Many welders are unaware that heat is a health threat. Many who would use headphones or earmuffs while polishing metal may forego such gear before welding since it is still not as intense least not painfully. Welding is sometimes loud enough to induce modest nerve cellular injury. 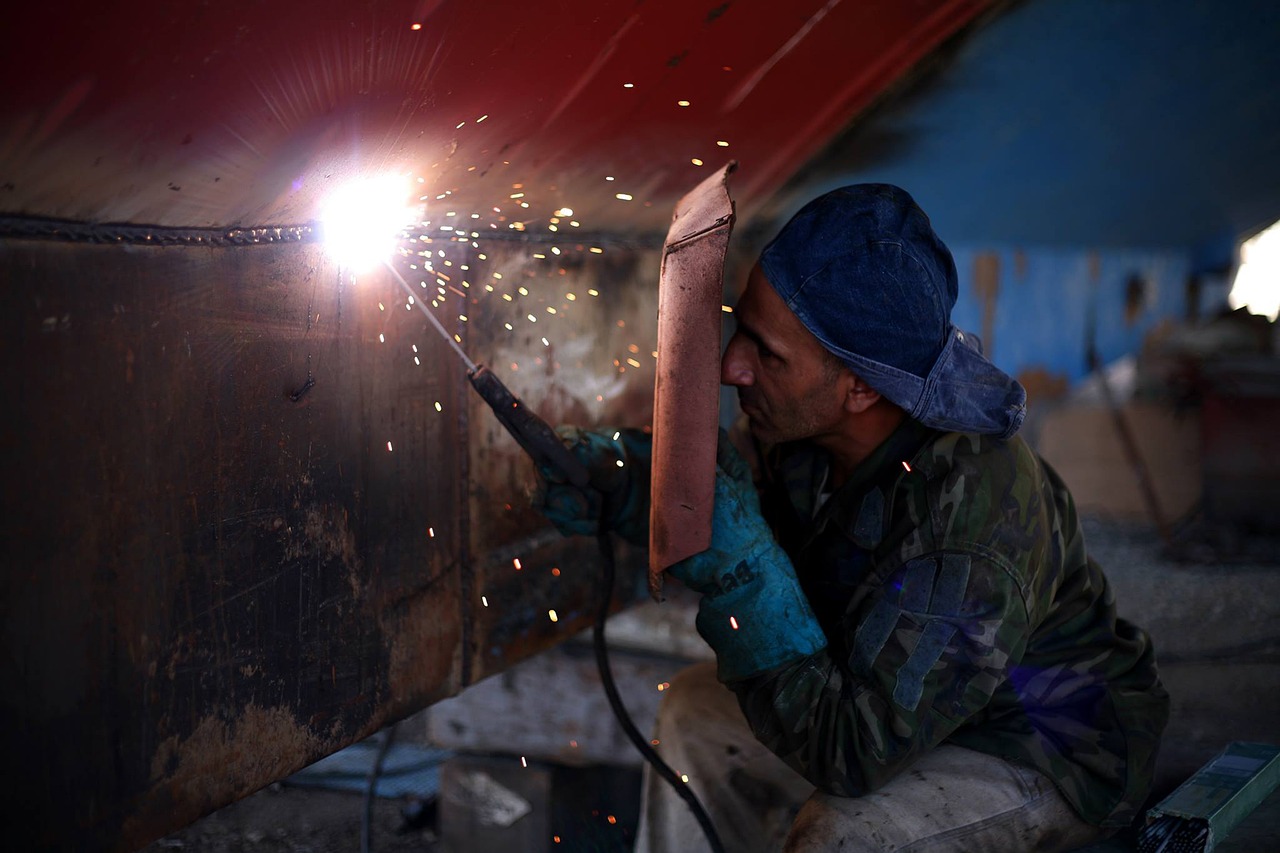 Even strontic vibration, such as that generated by welding, irreversibly damages deaf nerve fibers. Deafness is a lengthy outcome. Therefore, you should use earplugs today to avoid auditory neuropathic pain. It is never too late to start, but like with saving cash, the moment you start, the best off you’ll be there in the long run.

Disorders of the Nervous System

Welding has been connected to Parkinson’s disease as well as parkinsonism. Slow movements, stiffness, tremors, stooped posture, and other symptoms are some neurological conditions caused by welding. It is an old age sickness. It is caused mostly by nickel and chromium exposure. This may or may not result in death. However, living with it becomes a hassle. With the right medication, Parkinson’s disease may be cured. It is a very clear answer to the question, does welding shorten your life?

Welding produces sparks and waves that may burn your skin, eyes, oral mucosa, and nose passages. Welding generates a lot of heat, which may cause burns on your sensitive body parts. It creates acute eye injuries, which is the most harmful aspect. Arc eyelids, a type of eye condition, may be caused by welding. Treatment as asap if you get irritation or sharp pain in your eyes after welding. To defend oneself against fires, one must put on protective gear.

Inflammation of the Esophagus and Lungs

Welders are always vulnerable to injury. Objects landing on a head or indeed any portion of your body might cause injury. Significant cuts and concussions are also common. Accidents may happen at any time. Unintentional fatalities are seldom reported as well.  So welders must exercise extreme caution while dealing with mishaps!

Chronic Obstructive Pulmonary Disease, or COPD, is a protracted disorder that affects the elderly. It is especially common among smokers. People who do smoking usually have COPD! COPD is now a common condition for welders as well, due to the dangers of toxic gases. To avoid ingesting those same fumes, wear personal protective equipment.

The average life expectancy of a welder

The frequently asked question among people is: “Does welding shorten your life?” to be honest, welding does reduce your lifespan. Given the significant dangers and potential dangers of welding, the average life expectancy of a welder is 50 – 60 years. Welders have sufficient pay. Tubing welders, in particular, are said to earn over $60,000 a year. This may seem to be overwhelming. The welder, on the other hand, has embraced his career despite all the dangers and rewards, including a shortened life expectancy! Underground welding is a significantly hazardous profession, with a far shorter life.

A typical, healthy individual lives for 72 years on average. And that is the life span throughout the world. In a nation like the United States, on either hand, the average duration is around 78 years. In comparison to this, the last 50 years are a joke. Welders are aware of this and still choose it as their career. Indeed, many high school students will not pursue welding as a profession because the risks are too great! Since when do users hear someone express that when they reach adulthood, they want to become a welder? Isn’t that true? As a result, most people choose a career for pay.

How many Underwater welders die a year?

The yearly fatality rate for around 3,000 full-time underwater welders is five. According to the report, drowning was the leading cause of death. According to old and recent figures, 11 welder-divers die per year.

Measures to Protect Your Health While Welding
To protect oneself from the clear dangers of welding, you must now take some precautions. It is your responsibility to ensure your safety! As a result, always obey these safety requirements:

You must watch this video for having a clear view:

There are hazards associated with every enjoyable pastime. Some things are long-term, while others (such as accidents) can be dangerous in the short term. We believe welding is an excellent career choice for young people. There is a shortage of welders, so for some younger people, saying “no” to that same standard of four degrees may be a smart move. Having said that, welding is a bodily demanding task that can cause your body to deteriorate over time. It also pays far less than pale-skinned jobs.
Welding is not a kid’s game, and the harmful effects are much outweighed by the advantages. If you want to work as a welder, you must be willing to embrace all the advantages and disadvantages. So, if someone were to ask you today, does welding shorten your life? You know what they should do!